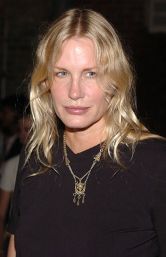 Daryl Hannah the star of the movie Roxanne, which was filmed in Nelson in 1987, shows commitment for what she’s cares about! Interesting. The Scotland Daily Record seems to be the source of the information.

With Beverley Lyons And Cath Bennett

HOLLYWOOD beauty Daryl Hannah will not be having a very merry Christmas.

Instead, the movie actress intends to go undercover to film a documentary exposing human trafficking.

The 45-year-old Kill Bill star is putting her life in danger to go heavily disguised into sex dens for the expose.

She is spending her Christmas holidays at a secret location working on the controversial film exposing women forced into slavery and shipped around the world to work in the sex industry.

Daryl plans to travel to the undisclosed location in an effort to shine a light on the plight of those caught up in modern-day slavery. She said: “There are more slaves now than at any other time in history. There are 30 million in the world right now.

“Many of them are slaves in the labour field, but 75 per cent are in the sex trade and of those 75 per cent, are women, most of them are the age of 18.

“So I’m going over there with a friend of mine and we are going to go undercover. We’re going to dress like a twisted couple and go into the brothels and things.

“My friend actually rescues slaves. He busts them out and rescues them. have some disguises but I can’t reveal what they are.”