Uraifjan or Qit’at Uraifjan is Kuwait’s largest nearshore platform reef only 10 km southeast (20 minutes by boat) from the port. 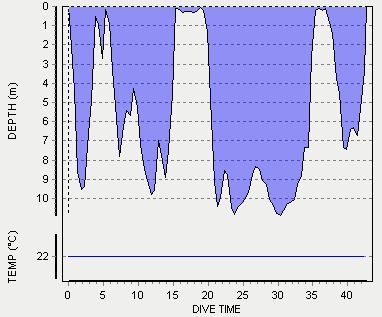 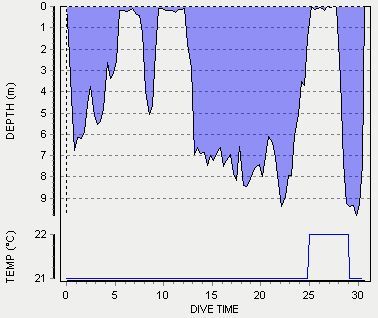 Well this wasn’t much of a dive in fact. We tooled along a bit for about 15 minutes then decided to surface as the visibility was so poor it wasn’t a lot of fun. And another thing, it was the first time diving with this guy for me so it takes a few dives to get used to each other. Also, I had 2 kg more weights on for this dive. Ten not eight. So, it was a good experiment and probably a kilogram overweight. You have to add weight to dive, the amount depends on the density of the water, if salty it is denser and you need more weight, plus on what you are wearing. The thing when diving is you want to be neutrally buoyant but:

To compensate for this you have a buoyancy compensator (BCD), which is inflated so you float on the surface and then you deflate it to submerge. And while you descend you might at a bit of air to it. Ideally you don’t add much as too much air is hard to handle as when you change depths in the water the BCD air bladder will also expand and contract with different pressure changing therefore in it’s buoyancy. Confused yet?Here’s an article on it.