The visibility was only about 2 meters though. We did some navigation underwater by compass.

This was my first dives with the new weight pouches. Nice, not having a heavy 10 kg weight belt. Also not time to balance out the weights so they are not all on my hips. The dry suit is still an adventure. The problem is I get my trim almost right and then all the air decides to rush up to my feet. Then I start to go up feet first. And as it is not so deep with poor visibility it is a challenge. 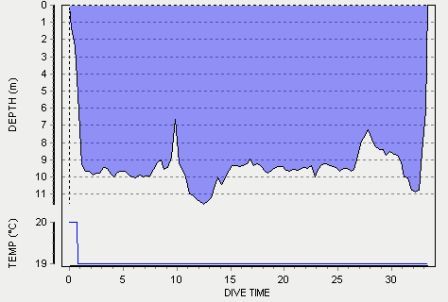 So the second dive I adjusted my weights on to put more on my hips to keep the legs down. Not bad, but still I don’t have that perfect horizontal trim. 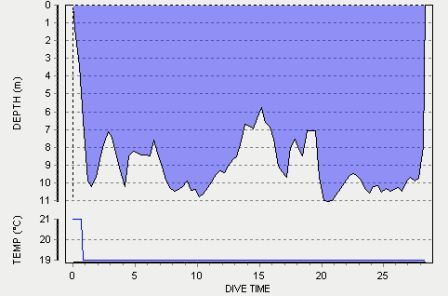 Then the night dive. Bad visiblity. Fun, kind of neat poor visibility but with the lights kind of like being explorers. In the bad vis and night particularly you need to be careful about the sea urchins! 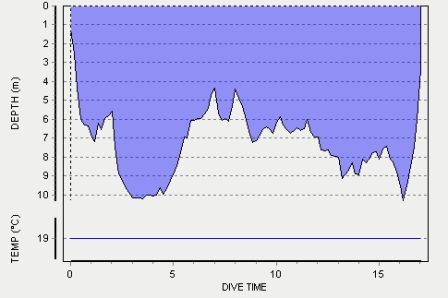 The first dive, I learned a lesson. We went out around the wreck and at one point I took the lead. Then I was going on and my buddy wanted us to stop and head the other way, so he shone the light on me but I didn’t see it. So then when I realized he wasn’t there I turned around to see where he was, that is, do a circle with the light, to see if he can then see me. But I think he was just around the corner. Now the problem for me was, that being a steel wreck, at night with no visiblity after turning I cound NOT use my compass to figure out which way I was pointing. No big deal, I surfaced and he came up a few minutes later, then we went for part 2 of the dive back toward the boat. 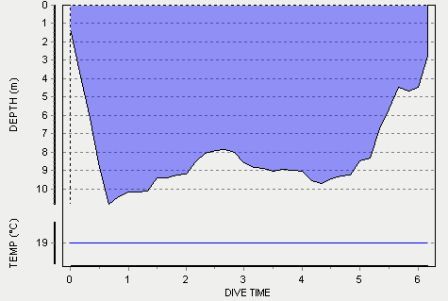